India is a land blessed with the best of natural beauty, architectural wonders, cultural and religious art forms, and in recent years it has also carved a wonderful niche for itself on the world business map. It’s any travel enthusiast’s paradise due to the wide variety of holidaying options it has on offer, from trekking along the wonderful hill ranges to soaking up the sun by the warm and sunny beaches, from art exploration at the wonderful old edifices to chilling out in the beautiful hill stations. Mother India provides it all.

India is also one of the most preferred destinations for medical treatment as it is home to some of the best medical practices in the world. This includes cosmetic dental procedures at top-notch facilities under the hands of the best dental experts, and the low treatment prices become the icing on the cake. For the patient seeking affordable and quality cosmetic dental procedures, India surely comes across as truly attractive.

The name Pondicherry has been derived from the Tamil word Puducheri meaning ‘the new settlement’. It was a French settlement that comprised Pondy, Yanam, Karaikal, and Mahe. one amazing is the fact that different districts of Pondicherry fall under different states. The capital Pondicherry is situated in the state of Tamil Nadu at a distance of around 200 km from Chennai. While Karaikal is also a part of Tamil Nadu, Mahe is located in Kerala, and Yanam is in Andhra Pradesh. There is a strong influence of French culture on Pondicherry town, especially on its architecture, a result of the centuries-old relationship this place maintained with France. Today, Pondicherry is more famous because of its relation with Sri Aurobindo. Sri Aurobindo selected this peaceful and harmonious place to make his abode in the second decade of the last century and remained there till his death. A political revolutionary before coming to Pondicherry, he became one of the most famous sages of modern times produced by India. 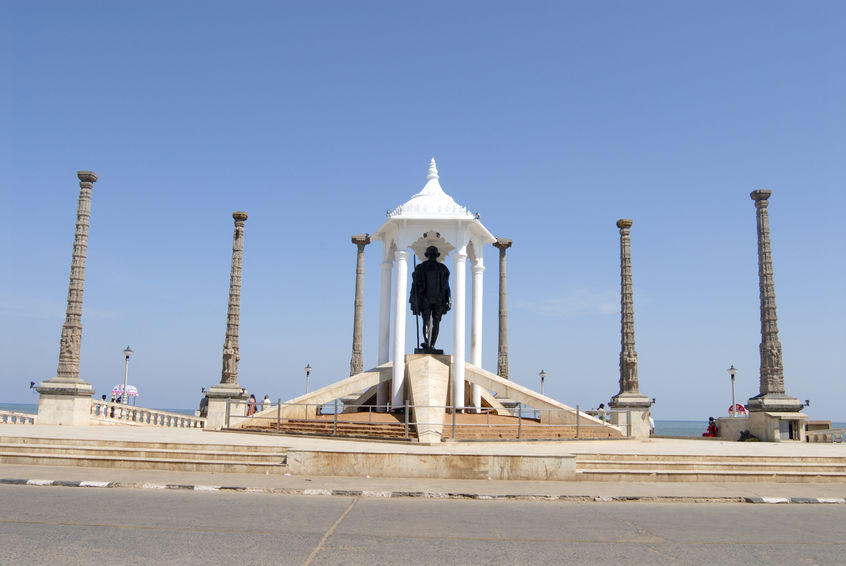 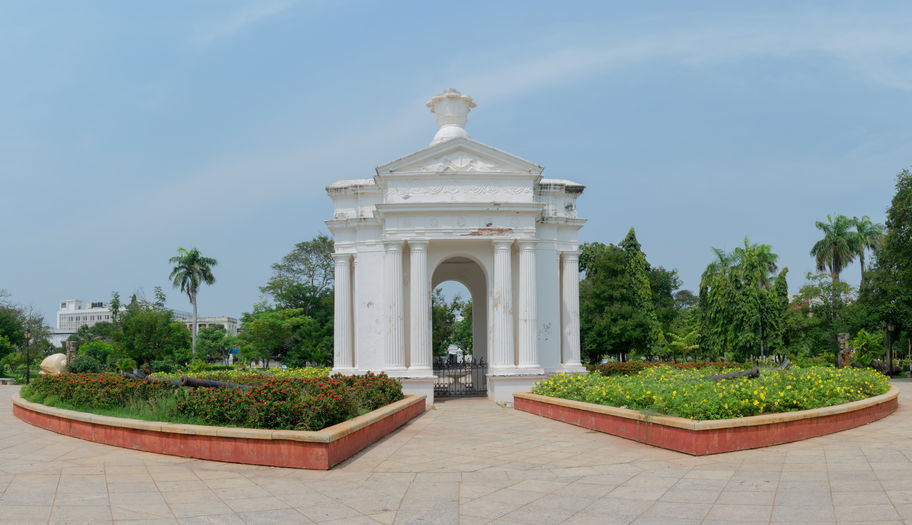 Not much is known about Pondicherry before the foreign settlement started. There is evidence of the Pallava, Chola and the Vijayanagar empires around the city. What is interesting are the relics of Arekmedu, the famous archaeological city with a port through which major trade was conducted with the Roman Empire. It is through this port that India used to export silk, spices, even birds, lions, elephants to the Roman Empire in exchange for gold.” In the 16th century, the Portuguese first arrived here, and then the following century the Danes made an appearance. In 1673, the French arrived. Till then, Pondicherry was a weaving and fishing village. The French quarters started along the sea and extended to the south, all along the sea. The city slowly emerged with the fort at its center. The town planners tried to implement this grid system methodically. It required the reconstruction of many houses, mostly those of the Tamilians. It also required the strict implementation of regulations. In all, it took the French almost a century to implement the plan-that of the present concentric pattern with the fort at the center and boulevards surrounding it. It has, however, expanded beyond the boulevard in recent years. 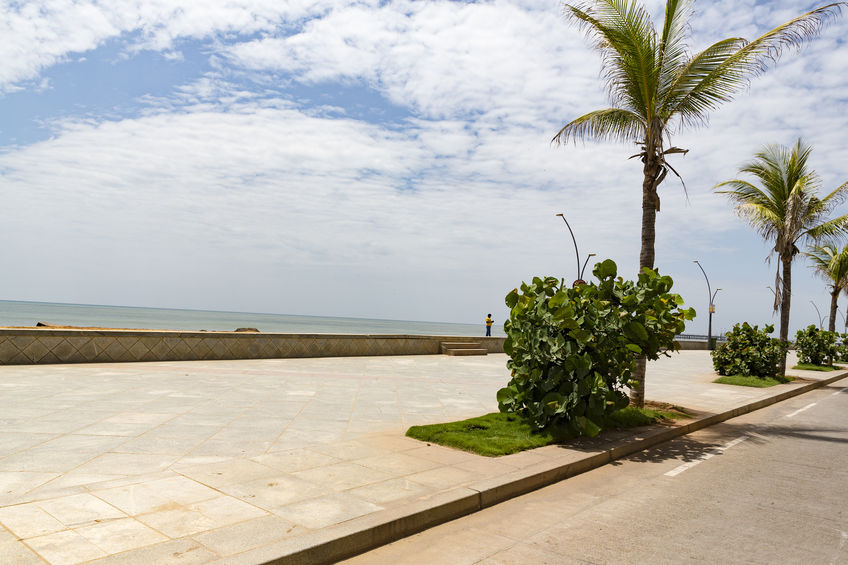 Today, some adjacent areas, which were previously villages, have been included within the city limits. Around the 1760s, the British destroyed the city including the fort. When the French reoccupied it, most of the buildings were reconstructed but not the fort. In the latter part of the 18th and early 19th century, Pondicherry again fell into British hands and all construction activity came to a standstill. Most of the present-day buildings came up in the 19th century, which also marked the advent of water supply in the city and the railway link with British India. By the 20th century, the city had expanded to include many neighboring villages, although few changes were made in the inner city. This French colony became a part of the Indian Union in the early 1950s, with the French voluntarily relinquishing control. Today, the Union Territory of Pondicherry includes the other three French enclaves of Karaikal (in Tamil Nadu), Mahe (in Kerala), and Yanam (in Andhra Pradesh).

Places Of tourist Interest in Pondicherry

Sri Aurobindo Ashram
Founded in 1926, the Sri Aurobindo Ashram has grown, under the Mother’s guidance, from a small group of two dozen disciples into a large diversified community with almost 1200 members. Counting the 400 students of the Centre of Education and the hundreds of devotees who live nearby, the larger ashram community consists of more than 2000 people. Situated in a busy city of over 700,000 people, the Ashram is not a quiet place of retreat but a vibrant centre of life in a modern urban setting. The dynamic character of the community reflects the life-affirming aim of Sri Aurobindo’s Yoga. Work as an offering to the Divine is an essential aspect of Yoga, and all Ashramites do a certain amount of productive work each day in one or another of the Ashram’s departments.

Bharatidasan Museum
Another poet Kanaksubburatnam wrote under the name of Bharatidasan, he scaled the same heights in poetry as Bharati had done. His house at Perumal Koil Street has also been made into a museum.

Botanical Garden
The garden was laid out in the year 1826. Many plants were brought here from the different parts of the country and also places like Ceylon and Reumian. The Zoo scenes in the Hollywood Movie “Life of Pi” were filmed here.

Pondicherry Museum
Here are many artifacts that belong to the bygone era of Pondicherry. The relics of the Chola, Pallava and the Vijaynagar periods trace the history of this place.

Serenity Beach
A ten-minute drive to the north of the town brings one to these virgin sands. The ambiance is well captured in its name. One can touch the calm. This place is ideal for a quick dip, a touch of the sun, and a cool reprieve in the shade..,

Paradise Beach
At Chunnambar, 8-km from the town, along Cuddalore Main Road, lies this stretch of tropical paradise. Flanked by a quiet-flowing creek on one side. In fact, one can sail downstream to the sands and pitch up a cozy seaside tent for oneself. Overnight stay within the tree-houses on the backwater banks provides a relishing experience of the great outdoors. A short, pleasant cruise into the sea from here could reward one with the memorable sight of playful dolphins in  their natural habitat,

How to Reach Pondicherry? 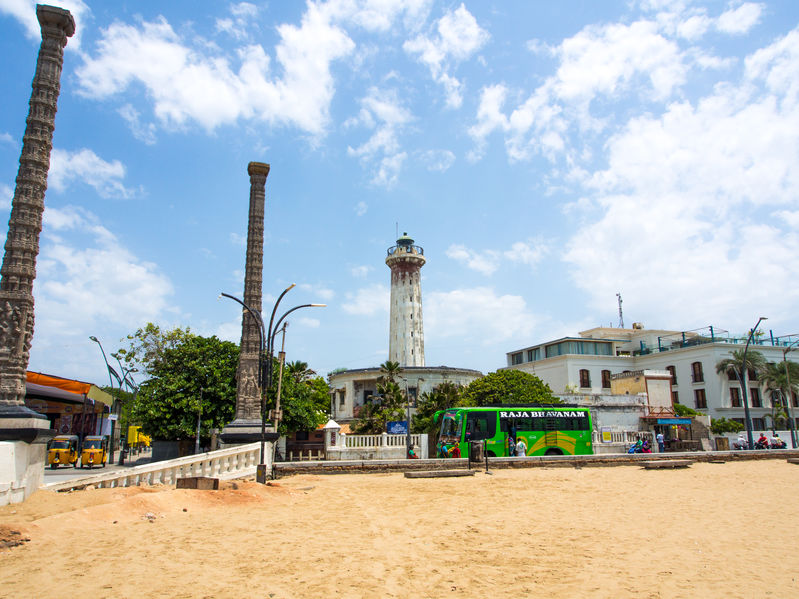 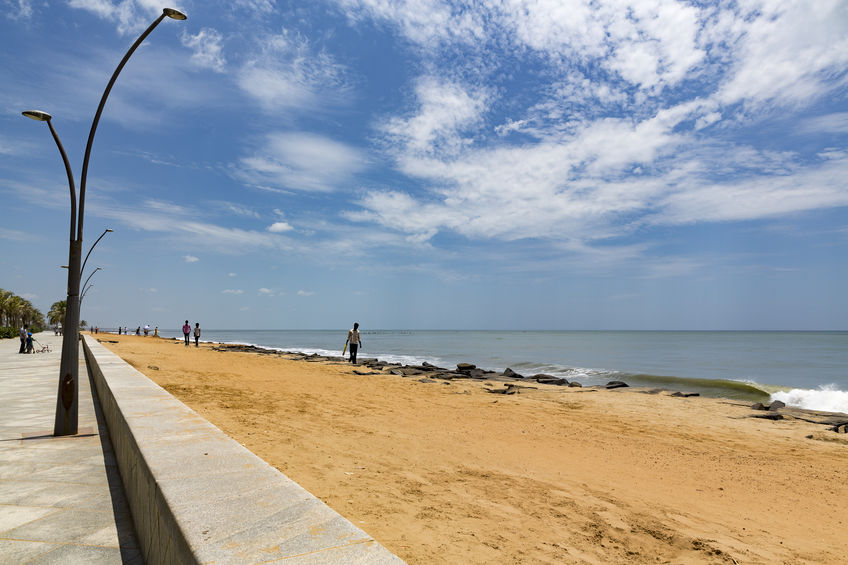 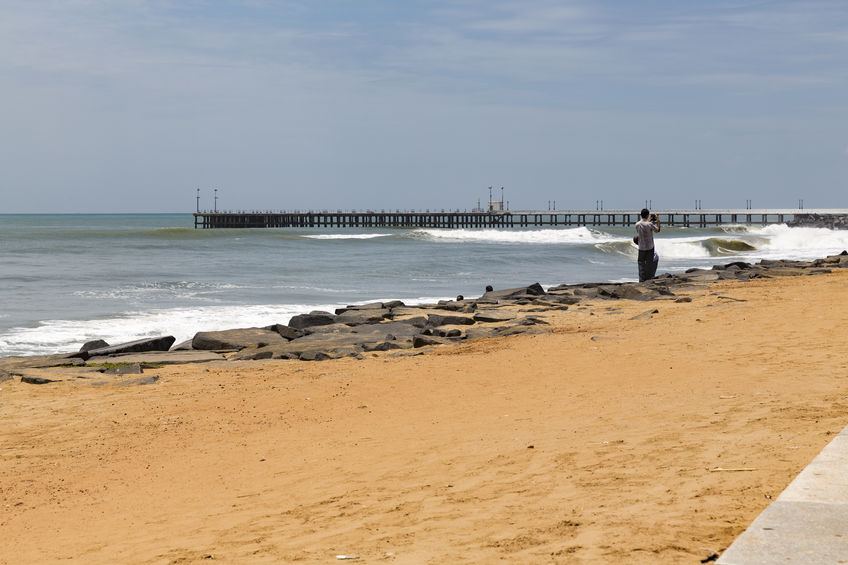 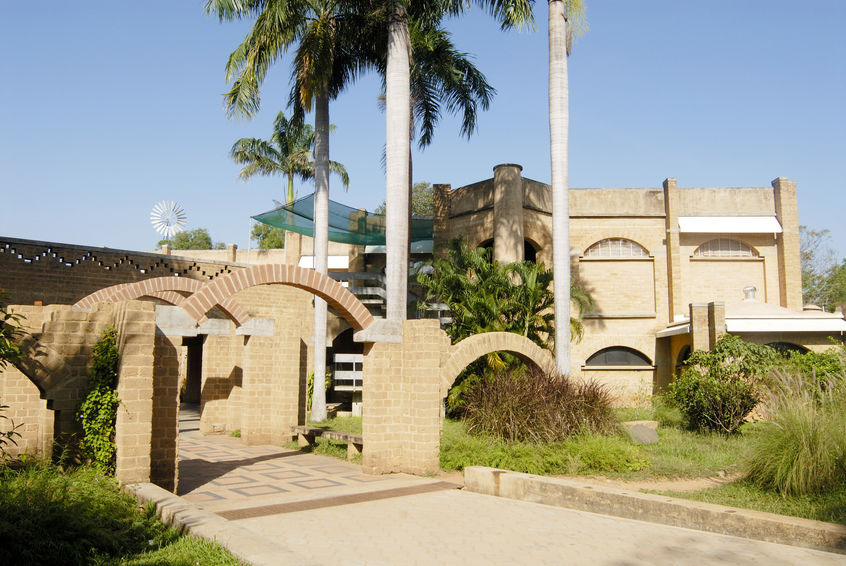